Funding is Music To The Ears Of Junior Band in 2016

Market Rasen Junior Band will be hitting the right notes in brand new uniforms thanks to recent funding.

Cllr John McNeil donated £500 from his Councillor Initiative Fund so the band could buy branded polo shirts for its members.

The Junior Band offers brass tuition and musical development to the community around Market Rasen to encourage youngsters to be active, get out and about and

The Councillor Initiative Fund is available to all District Councillors, who have £2000 to award to local community projects and activities each financial year.

Cllr McNeill, who was delighted to be able to support the band said ''Music is a fantastic way for youngsters to learn new skills and have fun at the same time. I am really pleased to be able to help the band to look the part as well as sounding great at their upcoming concerts and beyond''.

So far over a dozen children have started attending regularly.

Band Manager Georgina Neale added ''The money will pay for branded polo shirts to help give the band and identity when they play at concerts which are already planned for them to showcase their skills to the community, we hope it will also encourage other children to come and have ago and join us aswell''. 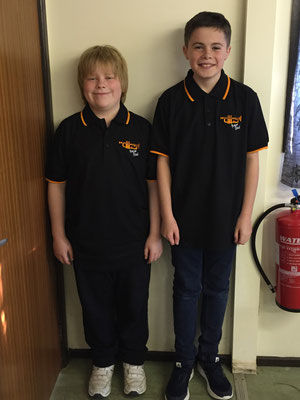 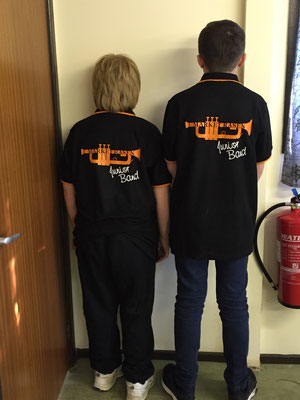 Playing an instrument, whether for fun or professionally, is a rich and fulfilling experience promoting team work and personal development.

The first practice was held at the band room situated next to the scout hut behind the Market Rasen Primary School on Kilnwell Road, on Sunday 12th April 2015 at 5.00pm.

It will be open to any child in the Market Rasen area aged 6 to 16, we can offer some instruments on loan and they will be available on first come first served basis; we also have a good contact for parents/guardians to purchase cheap starter instruments.

Practices will be weekly and there will be a small charge of £1 per practice to cover costs of purchasing music.

We look forward to hearing from all those budding brass players out there.

Anyone who wishes their child to play a brass instrument and require further information should contact Peter Wood 07761243416 or email francesgillianwood@hotmail.com.

Twenty years ago the idea for a Market Rasen Junior Band was born, Peter Wood had just moved into the area and having a keen musical ear playing with the Market Rasen Brass Band for some years, he heard a cornet being practiced across the field from his garden. Upon investigation he discovered that the young player was having lessons but had no contact with other musicians to play as a group. His eldest son played the clarinet but had started studying the drums. The Junior Band was born.

The Senior Band had no permanent practice room so to Peter Woods wife delight the first years practice was in there kitchen, accompanied by howling from there dog. The band went from strength to strength and moved there practices to the Market Rasen Junior School. The challenge now was to find instruments for the ever increasing number of children wishing to play a brass instrument. it was early day of Lottery Grants and the idea came about to apply for over £30,000 to buy a new set of instruments for the senior band , allowing the junior band to use the redundant senior instruments. The application was successful and a brand new set of 25 instruments duly arrived; 20 years later these instruments would cost in excess of £120,000. Most of the Lottery Instruments have since been replaced over the 20 years.

At its peak the Junior Band had 22 regular players and up to 34 on the books. Various helpers over the years ensured the continuity of the band including Head Mistress of Middle Rasen School during a work related absence of Peter wood in the Falkland Islands.

About 10 years ago the band was handed over to David Picksley due to Peter Wood's work commitments abroad; along with several helpers he had great success with the Juniors and continued with a variety of engagements, taking the band to play at local Fetes, Church Fayres and Christmas Concerts. He also took the Juniors to Mamers, France with the Town Twinning exchange visit.

A few years ago, for many reasons the Junior Band ceased to exist.

But now that Peter Wood has retired he has decided with the help of the Senior band to reform the Junior Band.

Friends of the Band email

Friends of the Band